You’ve just finished a meal and you start craving something sweet almost instantaneously.

Or, perhaps you sneak a spoonful of ice cream and immediately have an overwhelming urge to eat more.

That’s why more people are turning to Gymnema sylvestre.

This natural remedy can help you cut back on sweets and stop sugar cravings.

While saturated fats have long been a concern, sugar consumption is now starting to reach a similar level of attention.

The truth is that overconsumption of sugar is tied to health risks like heart disease, high blood pressure, weight gain, obesity, cancer and type 2 diabetes.

Americans get a shocking 60% of their caloric intake from ultra-processed foods, almost all of which contain added sugar.

As a result, many people find themselves stuck in a sugar consumption cycle.

However, there is a natural way to stop sugar cravings: a plant called Gymnema sylvestre.

Gymnema sylvestre has been used for centuries and has many benefits, including its ability to curb cravings and block your sweet taste buds.

Here’s what you need to know about the benefits of Gymnema sylvestre for sugar cravings.

What is Gymnema Sylvestre? 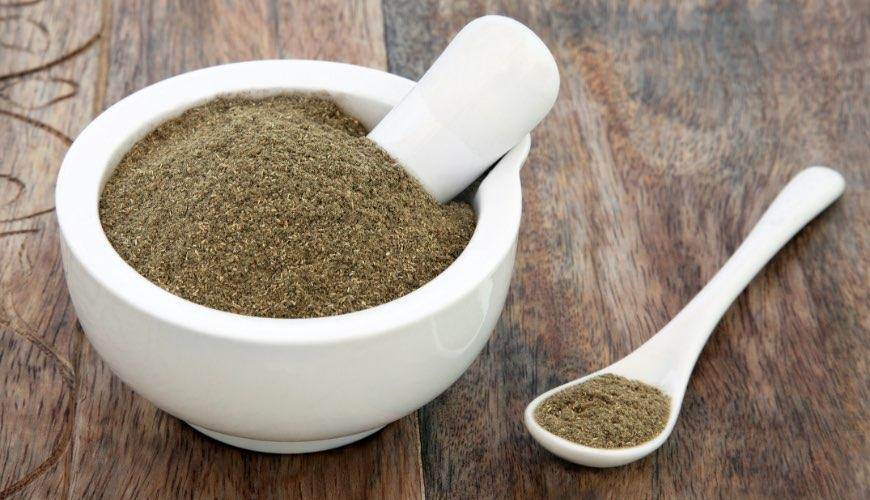 Gymnema sylvestre is a leafy vine that grows in tropical areas of India, Africa and Australia.

For centuries, the leaves of this plant have been used in Eastern and Ayurvedic medicine to suppress the taste of sugar.

Ayurvedic practitioners believe that Gymnema sylvestre is so powerful that in Sanskrit, the plant is known as “madhunashini”, which translates to “destroyer of sugar.”

Because they think that Gymnema sylvestre can help control blood sugar and decrease the amount of sweets people eat, Ayurvedic practitioners have long used it to treat type 2 diabetes, arthritis (an inflammatory disease that has been linked with excess sugar consumption) and cardiovascular disease.

Over the last 50 years, researchers have studied how Gymnema sylvestre works to block sugar cravings and reduce sugar consumption.

Gymnemic acids are the compounds found to have the sweetness suppression effect in Gymnema sylvestre.

Here are some of the most significant findings from the hundreds of studies that have been conducted:

A 1983 study published in the journal Physiology & Behavior found that sweetness perception of a sugary drink was reduced by half for people who had applied Gymnema sylvestre extract to their mouths.

An hour after drinking the sugary beverage, the study participants were given a meal that contained sugary and non-sugary calories.

In addition, a 2011 systematic review of gymnema noted “studies have shown that gymnema reduces the perception of sweetness inside the mouth.”

Gymnema sylvestre works on both natural sugars and artificial sweeteners.

A 1992 study published in the journal Chemical Senses found that Gymnema sylvestre is equally effective on all types of sweeteners.

That means it works to block the taste of table sugar, honey, agave syrup, stevia, aspartame, sucralose (Splenda) and other sugar substitutes.

In a 2017 study published in the Journal of Psychopharmacology, participants were given a lozenge that was either a placebo or a Sweet Defeat lozenge that contained gymnemic acids — the active molecules in Gymnema sylvestre.

Participants were then offered candy and asked to rate the pleasantness of the treat and their desire to eat more after each serving.

People who were given the lozenge containing gymnemic acids consumed 44 percent less candy and were 31 percent less likely to take the first serving of candy that was offered.

Eric Stice, PhD, the neuroscientist at the Oregon Research Institute who conducted the study stated that “participants who took a placebo versus a Sweet Defeat lozenge were 430 percent more likely to eat candy immediately afterward.

” The essential takeaway: consuming Gymnema sylvestre doesn’t just reduce the amount of sugary foods you eat, but it can also stop you from wanting to eat the treats in the first place.

Gymnema sylvestre may decrease the body’s absorption of sugar.

Many studies have been done to examine if Gymnema sylvestre can treat diabetes, but so far the research has been inconclusive.

A study published in Phytotherapy Research found that subjects who consumed 1000 mg of gymnema capsules for 60 days showed a decrease in fasting blood glucose levels and an increase in the release of insulin, the hormone that helps the body regulate blood sugar.

But the results are not conclusive since the study was done on only 11 subjects and it was not placebo-controlled. Other similar studies did not show a statistically significant reduction in blood sugar levels.

A study published in the Journal of Medicinal Food in 2017 found that subjects with metabolic syndrome (those with risk factors that include high blood pressure, high blood sugar and unhealthy cholesterol levels) lost weight when taking Gymnema sylvestre twice a day.

Though this study only had 24 participants, it was double-blind and placebo-controlled, so the indications are promising.

How Does Gymnema Sylvestre Work? 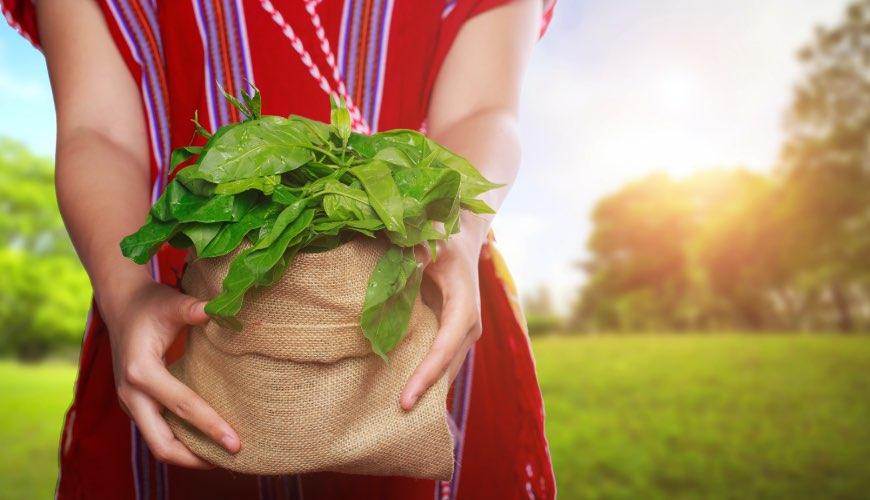 So, how does Gymnema work? Gymnemic acid molecules have a shape similar to that of glucose (sugar).

Because of this, scientists believe that when you put Gymnema sylvestre in your mouth, those molecules bind to the glucose receptor locations on your tongue and in your intestines, cutting off the signal to the brain that leads to craving sweets.

When the receptors are already filled, less glucose is able to bind with them, meaning that your taste for sweets is reduced and less sugar is absorbed in the gut.

One of the top Gymnema sylvestre benefits is that it takes effect quickly.

Studies have found that the sugar-blocking effects start just 30 seconds after you put it in your mouth and they last for up to one hour, when sugar cravings are at their strongest, which helps to cut back on sugar intake.

How to Use Gymnema Sylvestre For Sugar Cravings

Gymnema sylvestre comes in many different forms, ranging from lozenges to powders and capsules.

In ancient Ayurvedic medicine, Gymnema sylvestre was usually consumed as a tea, which was brewed using the leaves of the plant. People would crush, grind, or simply soak the leaves in hot water.

However, the tea can taste very bitter so many people now prefer to take Gymnema sylvestre as a lozenge that includes zinc and mint to mask the bitterness.

While you can take Gymnema sylvestre in a number of ways, the easiest and most common ways to consume this plant is in a lozenge form.

You simply let the lozenge dissolve in your mouth like a breath mint, which allows the gymnemic acids to coat your tongue. This coating is sufficient to block sugar from binding to your sweet taste buds.

Capsules are another form factor for Gymnema sylvestre, but they’re less effective at blocking ability to taste sweetness since the gymnemic acids need to be in contact with your tongue to work. Also, capsules are not as fast-acting as lozenges, which can reduce their effectiveness.

Controlling the dosage of the Gymnema sylvestre plant can be a challenge; however, the lozenge makes that easier compared to other forms.

Sweet Defeat lozenges have gone through stringent testing protocols and development to isolate gymnemic acids in their purest form.

Sweet Defeat is the only gymnema product on the market that has been clinically tested and proven. When it comes to tea and other forms, the amount of gymnemic acids in the leaves can vary, and the dosage can also change depending on how long you steep the leaves and at what temperature. Sweet Defeat contains 2.5 mg of gymnemic acids.

If you use a mouthwash containing Gymnema sylvestre, you need to keep it in your mouth for a few minutes to make sure it can take effect on your taste buds.

The mouthwash can work to stop cravings, but it requires you to carry the liquid around with you so that it’s accessible when cravings strike, and the bitter flavor is often still an issue for most users.

If you’re looking to learn more about Gymnema sylvestre, you’re in luck.

When Should I Take Gymnema Sylvestre?

It tends to work best when your brain signals you to eat, but you know you aren’t truly hungry because you just ate.

It can also be useful when you are in the habit of snacking because you’re tired or bored, such as in the afternoon, or at night, when you’re used to having dessert after dinner.

Other use cases can include having Gymnema instead of drinking a soda or having a glass of wine.

Gymnema sylvestre has been linked to an increase in weight loss. A 2017 study published in The Journal of Medicinal Food found that consuming Gymnema sylvestre before breakfast and dinner led to decreases in weight and body mass index (BMI) in just 12 weeks.

Losing just 5 to 10 percent of your body weight can have important health benefits for people who are overweight or obese.

For those who are obese, losing weight can improve overall mortality rates as well. Using Gymnema sylvestre may be a good way to help achieve weight loss goals.

According to a 2001 study, people with type 1 and type 2 diabetes who took Gymnema sylvestre had lower blood sugar levels and therefore fewer complications from the disease.

The results were most profound in patients who had severe diabetes and most notably, 16 % of study participants taking Gymnema sylvestre were able to decrease their use of prescription medicines.

While studies are promising, anyone with diabetes should always check with their healthcare provider before making any changes.

Gymnema sylvestre is a plant that has been consumed by people for thousands of years.

There currently are no known negative side effects of Gymnema sylvestre, other than its temporary effect on taste.

A study by the Diabetes Research Group suggests that doses of 450 mg per day might help lower blood sugar levels.

As a result, it should not be taken in combination with other blood sugar medications without first consulting a doctor.