We’ll start with answering the obvious question: What is sorbitol?

Also known as “sugar alcohol,” sorbitol is a type of sweetener often used as a sugar substitute.

But don’t let its nickname fool you — sorbitol doesn’t contain ethanol like alcoholic beverages do.

Sorbitol is found in fruits like apples and peaches, as well as other plants like corn and seaweed.

As a non-artificial sweetener, it’s about 60% as sweet as table sugar and has 30% fewer calories.

Continue reading to learn more about sorbitol side effects and how this natural sugar substitute can impact your diet. 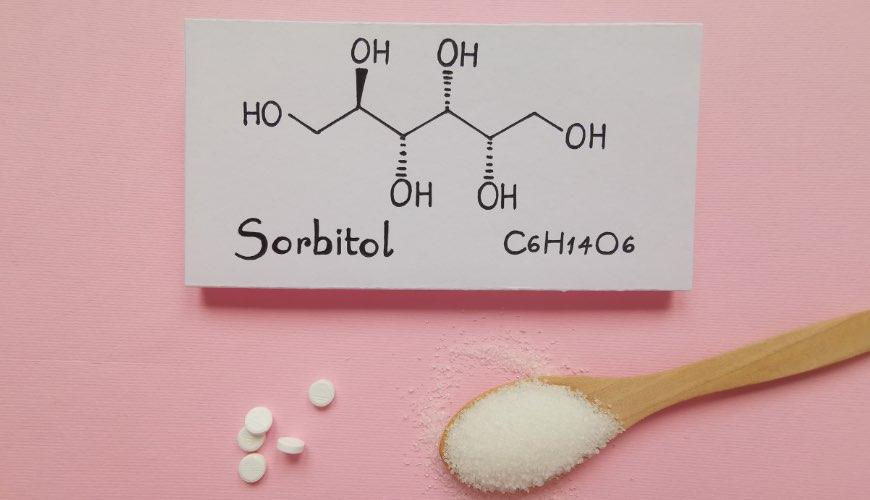 How is Sorbitol Used?

Sugar-free cookies and chocolates sometimes include sorbitol as a sweetener.

One reason toothpastes and gums use sorbitol as a sweetener is because it can protect against tooth decay and dental caries.

Each Sweet Defeat lozenge includes 0.4 grams of sorbitol. Combined with mint, it’s just enough to give the lozenge a pleasantly refreshing flavor.

Sorbitol is recognized as safe by the Food and Drug Administration (FDA).

Most people only ingest small amounts of sorbitol when it’s used as a sweetener in gum, mints or toothpaste, but it’s also used medically in large doses for other purposes.

Doctors will sometimes give patients a high dose of sorbitol as a laxative.

While it can help treat constipation, some people experience sorbitol side effects like bloating and diarrhea when consuming foods with it. Why?

It’s often found in foods like sugar-free chocolate and other sweet snacks that people can easily overindulge in.

For example, having a few sugar-free cookies with sorbitol is likely fine, but finishing the box is asking for trouble!

In fact, consuming more than 50 grams of sorbitol a day can cause severe gastrointestinal distress* and other side effects.

*Note: The amount of sorbitol in Sweet Defeat isn’t high enough to cause gastrointestinal distress or affect blood sugar levels.

Sorbitol is generally considered safe for dogs and cats and is sometimes included in pet foods and pet toothpastes.

While some sweeteners (like xylitol) are poisonous for pets, sorbitol is not one of them.

How Sorbitol Fits Into Different Diets

Cutting your sugar consumption is a great way to start eating healthier.

How will the sorbitol side effects impact your nutritional habits?

We’ve broken down how much sorbitol is allowed in some of the most popular diets.

If you’re following a keto diet, the point is to keep your carb intake very low.

Keto diets focus on net carbs, and sorbitol does contain some carbs.

To calculate how many, take the total carbs and subtract the fiber.

Since Sweet Defeat can stop you from eating other forms of sugar, the minimal amount of carbs in each lozenge can be worth it.

Paleo discourages the use of sweeteners except in very small amounts.

So avoid sorbitol in chocolates and other low-calorie processed treats.

Sweet Defeat uses such a small quantity of sorbitol that it would be considered acceptable when eating Paleo.

Atkins encourages eating a diet high in protein and fat and low in carbohydrates.

Similar to keto, the diet focuses on getting the body to burn fat instead of carbohydrates for fuel.

Intermittent fasting is practiced in different ways by different people.

Some people fast every day, eating only during certain hours and taking in nothing but water, coffee, tea or other non-caloric drinks for the other 16 hours.

Others fast for 24 hours at a time once or twice a week.

Sweet Defeat contains 0.4 grams of sorbitol, which is the equivalent of one calorie.

If you wish to chew gum while intermittent fasting, it’s acceptable to use our advanced formula gum to curb your sugar cravings.

Previous Post What to Eat When You’re Craving Sugar